The echo of silence

For a few years, lived on Teldrassil grounds two sisters. Never anyone had seen them apart from each other, and this since they were little.

They had both chosen the Path of Elune, none of them had ever left the World Tree, which they protected and loved so much.

Emerald, with the blue hair, had a strong personality, but would stay behind and silent. Inside her was growing a longing for adventure that no one could imagine.

Amber was wiser, and knew very little about the thoughts that her sister was hiding from the world.

A week ago, the two sisters have argued about a something very futile. Without realising it, this quarrel could throw them apart forever.

Three days later, Emerald has totally disappeared. But no one realy cares about her being missing, only Amber regrets not to find her, and not being able to say sorry.

Emerald had heard about an island, beyond the frontiers, beyond everything, where no one had ever gone. On the evening of the quarrel with Amber, she felt pushed, angrily, to search this island ; so that she could prove to herself and to everyone, that she was destined to choose a path that had never been taken before.

Her intuition and the words of Elune slowly led her towards this forgotten island... Emerald felt elate, alive and light, she had the impression to follow a way she had been born for, and that her alone could take.

After two days of light walking, guided by her mind, Emerad reached at last this mysterious island... 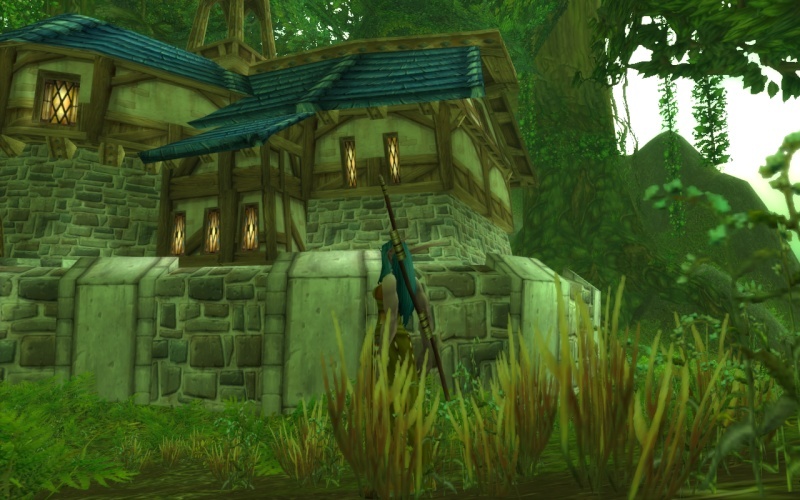 The island was small, there was only one house on it. An empty house, everything was empty, and the cimetery itself didn't reflect the presence of the death angel. 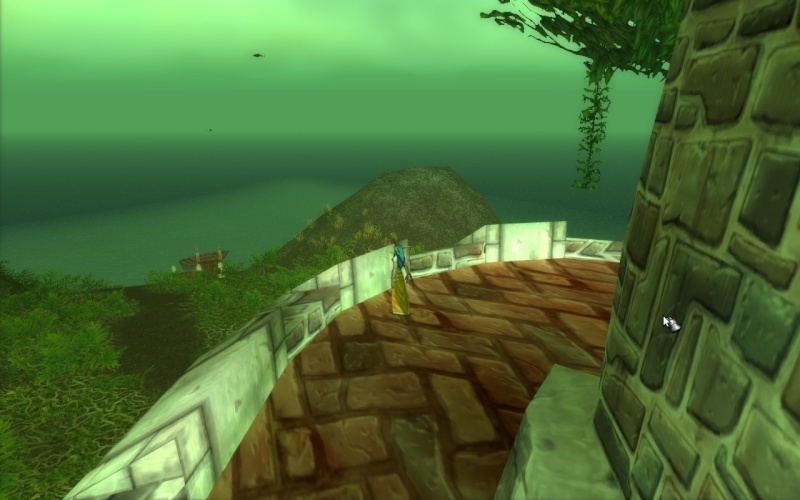 All this emptiness and this silence were frightening her, and the excitement she had felt at her arrival quickly vanished. The young elf simply felt like she wasn't where she belonged.

And above all... not benig able to come back!

She let go on the top of a hill and drowned in a deep slumber.

All this time, Amber was looking for her, asking the trees and the wind which way her sister could have taken to disappear like this. But nothing seemed to give her an answer ; Emerald had disappeared for good.

Amber knew about her longing for travels, and tried the worst ; to find her sister she was ready to face the seas and the winds. It was raining when she left. She knew that she had to choose between finding Emerald and never come back, or remain in regret, to pray for her.

Amber ahd made her choice.

For when she opened her eyes, after her deep and sudden sleep, she wasn't on the island anymore... But in a very improbable and scary place. 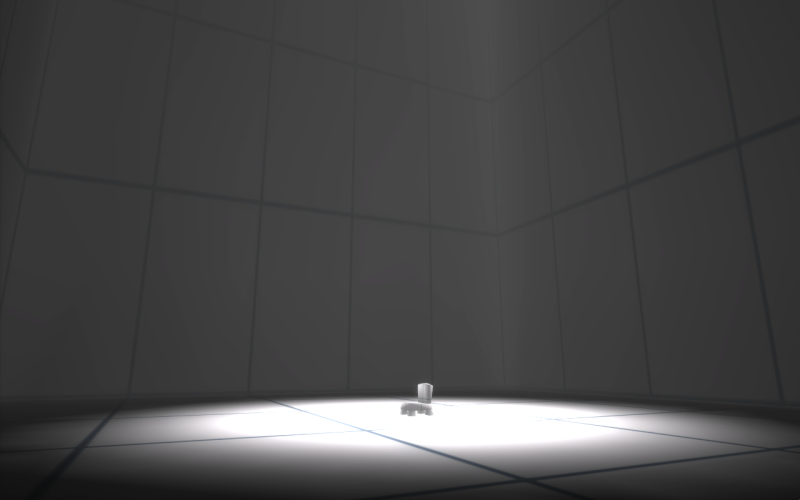 She didn't remember the reason of her journey, her past memories were leaving her little by little. Her mind was becoming empty. She wanted to scream! But she couldn't. She could only speak, only speak, and no one would answer. The whispering that everyone uses to talk to other peoples' minds was totally inaccessible to her. She couldn't call for help, she was lost, condemned for ever. 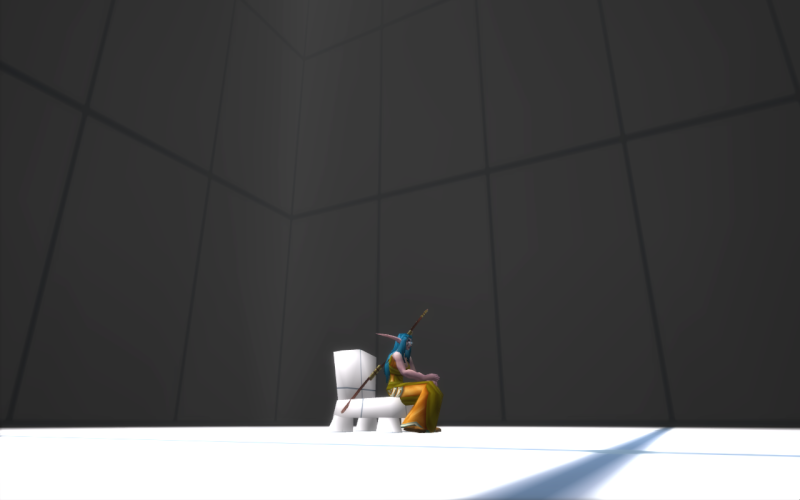 However, Amber could feel inside her the exhalations of madness that were getting closer to Emerald's heart every second. Nonetheless, she couldn't follow her path, and nothing, even Elune, that she had so much prayed, came to guide her. She could barely walk on her sister's path, until it totally disappeared, on the very moment she thought that she was reaching the island, that her sister has sought for so long. She left that she was there... but how?

The path was crumbling under her feet, panic and fear prevented her from going on. That was her turn to let go, and in her fall she fainted.

How was she ever going to find her sister ?

The hours went by, nothing would happen. A few images were taking shape in Amber's mind... 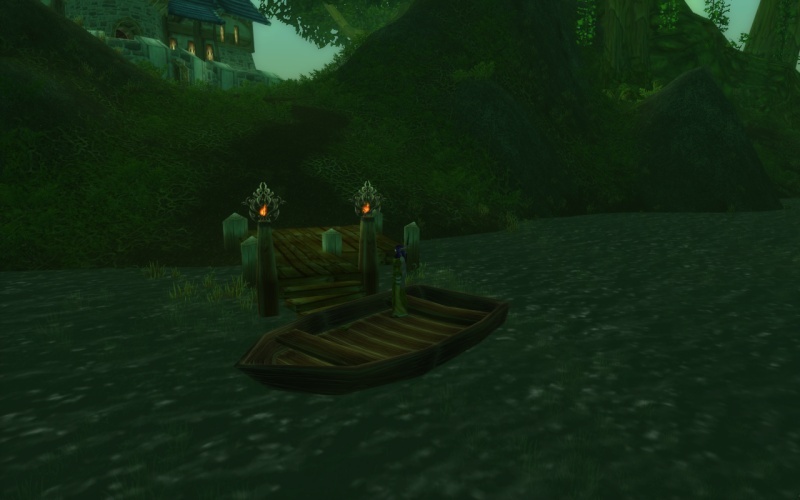 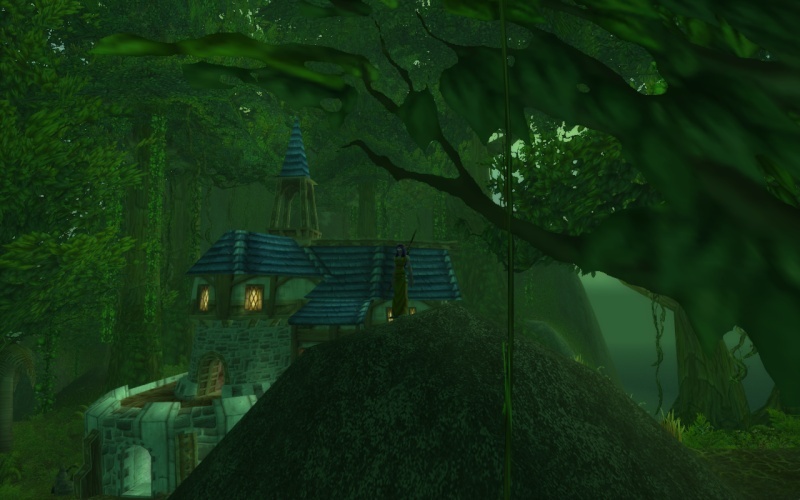 The island!! This island that had appeared in the distance, she was there!

Without understand how or why, she had awaken on this land...

But she wasn't feeling her sister's presence anymore, even though... her heart was telling her that she was so close... 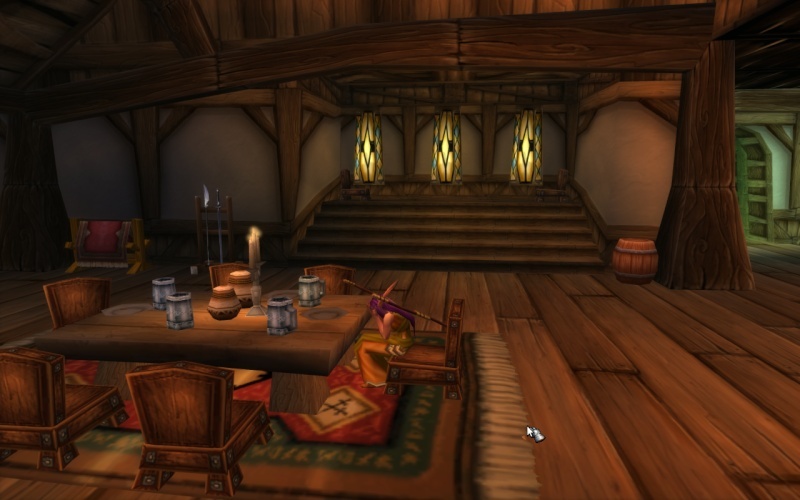 An jour of research, on such a small island... Amber understood now, that her sister had disappeared forever, and that now she also was part of her disappearance.

Sometimes, Amber believes that she hears Emerald words, between the branches of the highest hill. Emerald too, believes she hears Amber's answers, above her head... Both elves made peace, in their heart, but they never saw each other again.

I don't know what will happen to these two elves, lost on a fantom island... But I know that, if someone chooses one day to get there, he will hear the whispers of these two sisters who have left the world forever. It's a one way trip, maybe someday, someone will come back to tell this story, that I've heard far away. I thikn they're calling me, ask me to gather them, but I'm scared. Scared to suffer a similar fate...